6:00pm - 6:00pm
Listen to Talk of the Town with Bruce Newbury weekday mornings from 9:00 till noon
Have a swingin' good time, Sundays from 10-11 on Sunday Swing Time with Bobb Angel
The Open Forum every Monday through Thursday.
Listen to Elder Affairs most Fridays. 12pm-1pm.
Tap your foot with The Irish Hour. Sunday mornings at 8
Listen Monday through Friday to the Morning Report with Bobb Angel. Sign-on until 9am for weather, news, sports and local announcements!

Posted About Two Months Ago by RINewsToday.com 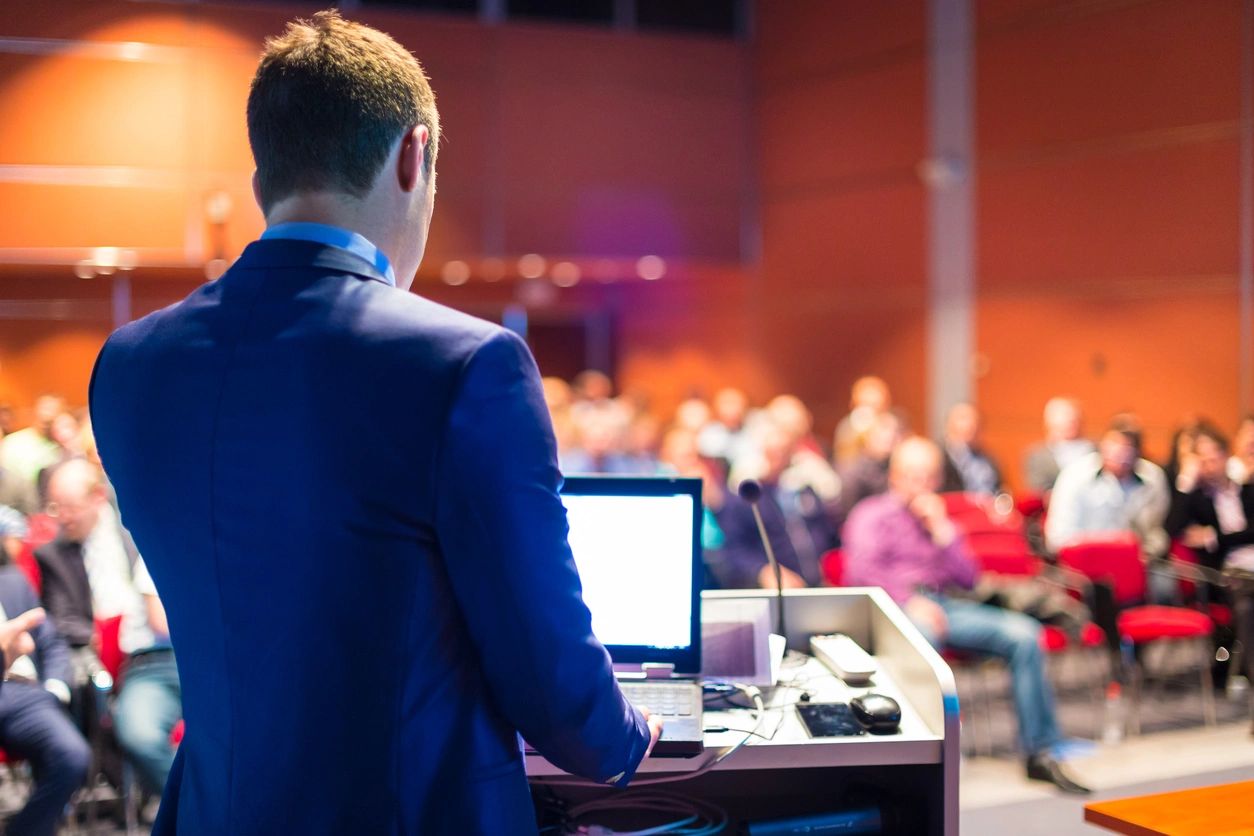 “The rate of change is not going to slow down any time soon.” – John Kotter

The W.L. Gore Company’s (of Gortex fame) uses a “lattice” or no hierarchy model of business. It’s attractive for all the right reasons, but most large organizations operate quite differently. There is usually a structured hierarchy, a “command-and-control” model, and some effort made to instill organizational values and thus influence employee behavior at all levels. Does this desire to influence value-based behavior actually work?

There’s much talk today about establishing organizational values and ensuring all employees follow them. However, often, what the organization says it values, and what it actually values (validated through accepted behavior), are two very different things.

The organization may state values such as: People, Integrity, Commitment, Excellence, and Community. There may be awards given several times a year for each of these values. However, in a series of interviews conducted for a 2009 research paper I wrote for my master’s degree, only one respondent out 10 knew what the specific company values were, even though everyone had a “values” card worn along with their badges.

Many stated that they didn’t feel they needed the values card, as these same values were intrinsic to them. They said they lived by their own values system and didn’t need the organization to tell them how to behave. Interestingly, a VP I interviewed pointed out that the reason the company instituted the values card was because, “We can’t teach values, but we can teach behavior.”

After extensively peeling back the onion on the company’s implementation of values, I concluded that people often believed the stated values were shallow in actual practice. Of all the values, “excellence,” widely interpreted as “performance” or “the bottom line” was the most important value of all. And while the other values were not tied specifically to compensation, overt and embarrassing violation of those values were shown to lead to a heavy penalty.

To demonstrate, let me share – each local staff meeting at every level always started off with one slide on the company values.  The slide was shown for only a few seconds and then it disappeared so fast, if you blinked, you missed it. This obligatory slide vanished quickly to allow the manager to get on with “real work.” Rather than embarrass the boss by asking for a review of the values at the moment the slide is shown, employees would wait until the meeting was over and then privately discuss an issue that had come up during the week and question how the company values were impacted by that event.

When I interviewed these employees, they always presented the disconnect between values and expected actions. Employees were asked to pay suppliers for work not yet completed so the sale could go into a certain quarter. This seemed contrary to the company values and wrong to them. They presented this issue to the boss in terms of “What company value does this action represent?”

As can be imagined, there was no explicit answer from the boss to this answer, just an awkward, and embarrassed smile. The perception given to people on the front lines is that gentle pressure at the right levels can begin to engender a sense of urgency, but until leaders demonstrate they understand and embrace company values and are willing to act on them, fear, anger and complacency continued to persist, because people were not sure about exactly what they are supposed to do, acting contrary to the values could have negative consequences, but so could recording an order late.

It appeared to me that true cynicism took hold: employees had come to realize they could “go through the motions” and not “rock the boat” and as long as bookings, sales, profit, and cash targets were met, none of the other values would have any real impact on their daily work.

To answer the question at the personal level, “What do people in the organization value?” we need to look beyond the employee values card. Based on my interview sample as well as multiple examples of anecdotal evidence, it seems many people trend toward placing value on survival. “Peace for Pay” and “Active Exit” strategies are apparent in daily discussions as well as in the samples taken for the October 2009 research.

There seemed to be a high level of frustration and a perception of meaninglessness without employee connection to real values, People, Integrity, Commitment, Excellence, and Community.  Widespread superficiality and “going through the motions” as well as operating in a daily depressing fog seemed to pervade cube stations across the organization.

Daily examples supported this theory. For instance, the values card for the “People” value stated: “You are important to us. Earn respect and treat others fairly every day. Commit to developing yourself and others. Seek Life Balance.”

However, this “value” seems to fail when put in practice. For example, a new director decided to bring his own admin with him to his new job, displacing the current admin. The current admin was then told she had to reapply for her job, and she received no backing from her management. She then had to lodge an HR and legal complaint on her own, feeling she had nothing to lose, since she would probably be out of a job either way. Believe it or not, in this actual, real life case, the admin actually won! But what did she win? Following her triumph, she had to work for a manager who tried to get rid of her and she was aware that the admin who was brought along with the new director would now be out of a job. If the director had left well enough alone, none of this would have happened. But he wasn’t putting people first, only his own selfishness.

I am certain neither of those admins feels truth in the “People” value statement: “You are important to us”.

As a result of this type of behavior, many people place value on ensuring their 401Ks stay intact and they and their spouses stay healthy enough to enjoy a long retirement. Peace for pay.

I personally learned to escape this kind of “quiet desperation” by leveraging the many benefits the company offered in its quest to fulfill its “People” value. The company paid 100% tuition for degrees – up to $10K per year- and offered much in the way of recreation (company gym, wooded walking trails, free semi-annual parties) and multiple other company benefits.

What issues can we recognize today as causing fear, anger, and complacency? Issues leaving the “People” less than enthused about their job or their company? What about those employees who finally get real and trade ‘peace for pay’?

I maintain the shallowness of implementing the stated values is the main cause of fear, anger, and complacency. Since most people acknowledge the hypocrisy and double standards, they then feel they may risk their jobs if they try to right a wrong. In fact, without strong internal advocates, righting wrongs may be considered a contact sport.

Here’s how that works, an employee at the same company experienced cognitive dissonance in supplier ratings.  He discovered a program which was clearly failing to meet any cost, schedule, or program milestones, had been rated at a higher level than it deserved. It was discovered that this system was regularly put in place to cover the company’s weakness in managing the supplier. When the employee inherited the supplier, he immediately rated its performance below par, and consequently took much criticism and pressure from management given its previous acceptable rating.

To his credit, his response was that if the suppler was not living up to the Statement of Work (SOW) – (an extremely detailed document that captures and defines all aspects of a project, as well as the schedule for project completion) and if it failed to meet schedule, he would not change the rating back. There was no argument or fuzzy logic involved. Previously, others with less experience had feared such challenges as career limiting and under pressure had left the rating in the acceptable range to appease management.

This demonstrates how having to challenge management to live up to the “Integrity” value (“Be honest, always do the right thing”) on a regular basis can engender frustration, anger and a sense of complacency and as in any management challenge could become a ‘contact sport’.

Corporate Values, as presented by an organization’s management, might masquerade as support and guidance for employees with the expectation that the values are followed. But when company executives anywhere arecompensated and rewarded the same way Wall Streeters are, by sales and quarterly numbers, you have to expect Wall-Street behavior. You know it, the kind of behavior we saw with Gordon Gekko in Wall Street (1987). Gordon Gekko famously says “Greed, for lack of a better word, is good.” And “The most valuable commodity I know of is information.” And “Money never sleeps, pal.” Is this the value of “Excellence” my survey subjects referred to as “Performance”? Or is it just another way to say, get those sales, regardless of what happens later, this quarter, we all increased our annual bonuses.

Measuring success in this case may not be about values, but more about greed, but what happens when success and failure have a cause-and-effect relationship? Which comes first, the chicken or the egg?

Taken from Mary’s new book, The Leader You Don’t Want to Be, on sale now at Amazon.com