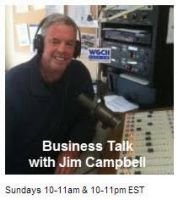 (Undated)  --  Here is the latest news: Two bodies are found at the home of a former Woonsocket mayor.  A transgender rights protest is held outside a Cranston library.  The Newport Pell Bridge is benefiting from a sizable federal grant.

(Attleboro, MA)  --  Authorities have released the names of two teenage car crash victims in Attleboro.  The single-vehicle accident happened on Route 123 early Sunday morning.  The victims were ID'd as 19-year-old Michael Ward and 18-year-old Benjamin Kelley, who were both recent graduates of Attleboro High School.  The crash remains under investigation.

(Woonsocket, RI)  --  Multiple news reports indicate two bodies were found at the home of former Woonsocket mayor Susan Menard on Monday night, but the Woonsocket police chief did not immediately confirm if Menard was one of the deceased.  Authorities reportedly found the bodies in a state of severe decomposition at around 7:00.  At this point, they do not suspect that any criminal activity happened.

>>A.G. Briefed On Death Of Man Who Was Restrained By Police

(Cranston, RI)  --  The Rhode Island Attorney General's Office is looking into the death of a man who had interaction with police in Cranston.  WJAR-TV reports a call was placed for an individual needing medical assistance at the Econo Lodge on Route 2 last Thursday.  Police reportedly backed up fire personnel by restraining the man, who was later pronounced dead at Rhode Island Hospital.

(Cranston, RI)  --  Transgender rights supporters rallied in Cranston on Monday.  The Providence Journal reports over one-hundred activists protested a private forum at William Hall Library.  The Independent Women's Network, a right-wing group, sponsored the forum on the topic of what is being taught about gender in schools.  Library director Ed Garcia said he disagreed with the views of the forum, but that the facility has a long-standing practice of allowing outside groups to hold private meetings.  The ACLU of Rhode Island says it fully supports the library's position.

(Providence, RI)  --  The Rhode Island Board of Elections is ruling on a couple of recount requests from last week's primaries.  WPRI-TV reports two close Providence City Council races were officially called for the original winners on Monday: Susan Anderbois won the Democratic race for the seat in the third ward, which was vacated by Nirva LaFortune when she ran for mayor.  The Democratic primary for Ward 12 was confirmed for Althea Graves.  Both Anderbois and Graves will face independent candidates in November.  The state election board said the two Providence council races were the only ones that qualified for a recount out of a total of nine requests.

(Smithfield, RI)  --  The Rhode Island Department of Environmental Management is planning to spray insecticide in Smithfield to fight the invasive spotted lanternfly.  The DEM says pockets of infestation have been found along Douglas Pike.  The application is scheduled to take place on Wednesday, weather-permitting.

(Jamestown, RI)  --  The Rhode Island Turnpike and Bridge Authority is receiving 82-point-5-million dollars from a U.S. Department of Transportation infrastructure grant to rehabilitate the Newport Pell Bridge.  Officials say the money will keep the bridge going for at least another half-century, according to The Newport Daily News.  The Pell Bridge, which opened in 1969, is considered structurally safe, but inspection data shows accelerating deterioration on the cables and suspenders.