Bobb Angel
6:00am - 9:00am
The Morning Report w/ Bobb and Jane
My Profile
Listen to Talk of the Town with Bruce Newbury Weekday Mornings 9 to 11am
Have a swingin' good time, Sundays from 10-11 Sunday Swing Time with Bobb Angel
The Open Forum every Monday through Friday.
Listen to Elder Affairs most Fridays 11am
Tap your foot with The Irish Hour. Sunday mornings at 8
Studio Hotline ~ Call 401-846-1540 ~ to leave a message during Talk of the Town
Studio Hotline 401-846-1028
Listen Monday through Friday to the Morning Report with Bobb Angel. Sign-on until 9am for weather, news, sports and local announcements! 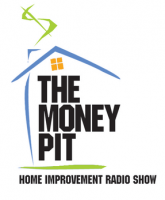 Tom Kraeutler, Host
Tom is the Founder, Host and Chief Home Improvement Evangelist of The Money Pit. He is a hands-on home improvement broadcast journalist and the kind of guy homeowners want to call at midnight when their basement floods. He first earned his home improvement stripes as a professional home inspector, amassing over 20 years’ experience learning how houses are put together, and how they fall apart! Tom is an accomplished speaker and appears regularly as a how-to guru on network and local television stations including Fox, CNN, MSNBC, The History Channel, HGTV and the DIY Network. A successful author, columnist, blogger and trusted influencer. He served as AOL’s Home Improvement Editor and his work has been featured in House Beautiful, Smart Money, Reader’s Digest and in hundreds of websites and newspapers across the nation. Together with Leslie Segrete, Tom co-authored My Home, My Money Pit: Your Guide to Every Home Improvement Adventure. Tom’s unique ability to combine encyclopedic home improvement knowledge with a comfortable and educational broadcasting style has earned him many loyal followers. Talkers Magazine has named Tom one of the “100 Most Important Talk Show Hosts in America” and when consumers experience his dynamic presence on-air or on-line, they’ll know why!

Leslie Segrete, Co-Host
Leslie Segrete is co-host of The Money Pit. She’s a home improvement expert and Emmy nominated designer with an eye for decor and the skills to get the job done. She knows what turns a house into a home and has the tips and ideas to make improvements easy and fun. Leslie’s home improvement skills span radio, television and print. Currently, Leslie serves as the Art Director creating amazing sets for Good Morning America and was previously nominated for an Emmy Award for her set design work on The Harry Show . Leslie’s television credits also included designer on Travel Channel’s Hotel Impossible, where she revamp and redesign troubled hotels in just four days! Leslie was also part of making design dreams reality as a carpenter and designer for TLC’s hit series Trading Spaces and While You Were Out, where she designed, built and executed projects to please the participating families and millions of her fans every single week. Leslie hosted a series for A&E called $100 Makeover which helped people sort through their clutter to find design treasures to make over rooms in their house. She was also the lead designer on The Ugliest House on the Block, on the We Network, creating dramatic exterior makeovers that benefited the whole community. Plus, Leslie hosted a series called Going Green Long Island for WLIW, a division of PBS which focused on the green advancements this New York community has made. As co-host of The Money Pit, Talkers Magazine named Leslie to their prestigious Heavy Hundred list of the “100 Most Important Talk Show Hosts in America .” Together with Tom Kraeutler , Leslie co-authored My Home, My Money Pit: Your Guide to Every Home Improvement Adventure. Leslie is a seamstress, carpenter, decorator, designer and professional chef all wrapped up in one very energetic package. She’s a true renaissance woman through and through!